What is bipolar disorder?

Bipolar disorder is a mental illness that results in mood and energy changes, including episodes of mania and depression. When in manic episodes, individuals with the disorder have an unrealistic high state of mind and can lose touch with reality. At the other extreme, they may think they have super powers, or a little less extreme, impulsively shop for items they do not need and usually cannot afford.

Bipolar disorder can occur at any point in life but usually, develops in the adolescent or young adult years in an individual’s life. It is estimated that every year, 2.9% of the U.S. population is diagnosed with bipolar disorder, with 83% of cases being classified as severe. Bipolar disorder affects men and women equally.

Doctors cannot point to a single cause of bipolar disorder. An underlying defect in brain circuitry, involving areas that control mood, thinking and behavior is one theory for the cause. Stress may also play a role in the development and, in women, hormonal fluctuations may worsen symptoms. The theory that bipolar disorder is a genetic disease was advanced when two Scottish researchers isolated a gene that doubles the risk of developing the disorder. However, no series of genes have been found that increase the risk for development of the disorder. 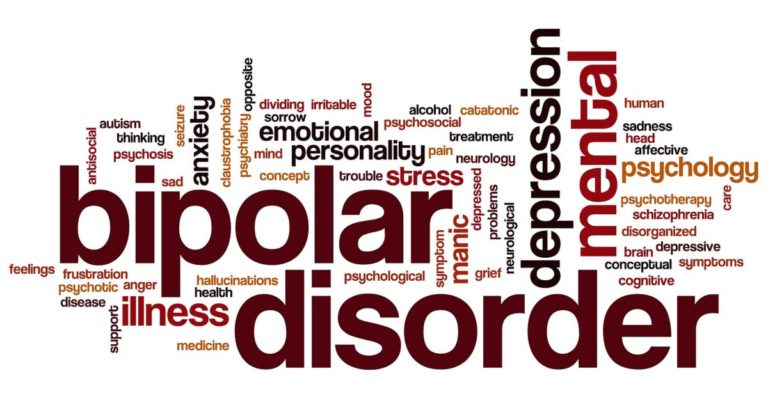 What are the symptoms of bipolar disorder?

Those suffering from bipolar disorder may have dramatic shifts in mood from a depressed state to distinct mania or may experience both extremes simultaneously or in rapid sequence. Although rare, severe bipolar episodes may include psychotic symptoms of hallucinations or delusions. Someone experiencing a milder manic phase may report an ability to be more creative, spontaneous, or overly-productive; however, they are often easily frustrated or irritable and feel little need to sleep. The diagnosis of a full manic episode occurs if, for most of the day, near daily, for at least a week, an elevated mood occurs with three or more symptoms relating to sleep, energy, thinking and behavior, and that these symptoms interfere with functioning ability. Four or more symptoms are needed for diagnosis if irritability is present.

Following a manic phase, many people with bipolar disorder will lapse into a depression. It can be so disabling and pervasive that they may refuse or be unable to get out of bed. They may have difficulty falling and staying asleep, or sleep more than usual. Those suffering from depression may become obsessed with feelings of loss, personal failure, guilt or helplessness. This negative thinking can lead to thoughts of suicide. Depression associated with bipolar disorder may be harder to treat. Friends and loved ones are often confused by this shift in behavior because it is so dramatically different from their earlier elevated state.

How is bipolar disorder treated?

Substance abuse is often present in people with bipolar disorder, and they can be used to self-medicate or increase euphoric symptoms, becoming a repetitive cycle. Substance misuse can also worsen the symptoms of bipolar disorder. In instances where substance use disorders are present, it is important to treat both diagnoses concurrently in an integrated setting.

Bipolar disorder can be successfully managed but must be individualized according to causes and symptoms. A combination of medications and psychosocial treatment can be helpful in education and guidance.